Jiggs was born into a litter of kittens in 1927, at the Pigeon Point lighthouse in Northern California. He immediately endeared himself to the Lighthouse operator’s son, 6-year-old George Henderson, by his unusual personality.

In 1930, the Hendersons moved to the Point Sur Lighthouse where Jiggs continued to gain recognition from his crazy antics. Jiggs died an untimely death in 1936, and was interred in a crypt on the Lighthouse grounds.

When the Hendersons moved again, they couldn’t bear to leave their beloved Jiggs behind. So they dug up the crypt and established a new burial site at Point Pinos Lighthouse, in Pacific Grove California. The gravesite head stone has been viewed by thousands of visitors ever since.

Point Pinos Lighthouse was established in the 1850’s by Act of Congress after this land was ceded to US by Mexico. It is currently the longest continuous operating lighthouse on the West Coast. If you should ever visit this area, the Lighthouse is a must see side trip. Be sure to ask the docents about their story of Jiggs.

Jiggs, The Beginning is a story about a real life cat named Jiggs. Jiggs’ was a member of the Henderson family, who maintained and lived in several California lighthouses in the 1920s and 1930s.

The book is written for the 4-7 year age group and relates to our hero’s trials while adapting to his new life on earth.

At a young age Jiggs our precocious feline learns a hard lesson. It is
these addled antics and crazy capers that endears him to the Henderson family and is the reason he becomes an integral part thereof.

The last stop for Jiggs was at the Point Pinos Lighthouse in Pacific Grove, California. He is interred on the lighthouse grounds in a crypt with headstone.

If your travels ever get you to the Northern California coast, it is worth
your while to visit the lighthouse and crypt. The lighthouse docents will
be happy to provide you with many tales about Jiggs. 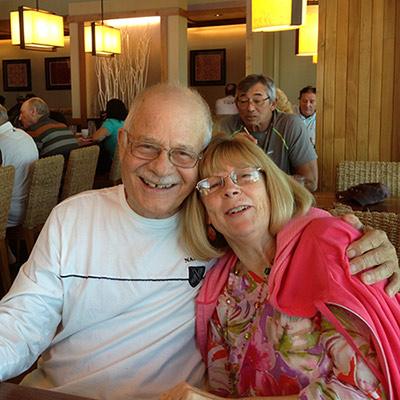 Murray M. Smith was born in 1934, in Ann Arbor, Michigan. He spent his early years on the East side of Detroit. Murray received a BS degree from Michigan State University, after serving a tour of duty with the US Marine Corps. With sheepskin in hand he headed west, and in 1967, Mr. Smith founded a consulting engineering company in Sacramento, California. He served as president and CEO until 1992. The Company, now known as “MSA Engineering,” celebrated its 50th year reunion in 2017, and is still active today. Murray now resides in Hawaii, on the Island of Maui, with his wife Carol of fifty years.

The idea of the book came to Murray while playing golf at the Pacific Grove Golf Course upon learning the story of Jiggs. The mix of a fictional story about a real cat intrigued Murray, and eventually led him to write his first children’s book. Murray’s search for an illustrator led him to Jonathan Wilson. Jonathan is a recent graduate of the Art College in Hilo, Hawaii, and now resides on Maui. The two of them worked together on a suitable image for Jiggs, in a comedic style. Jonathan’s work on the illustrations show a unique talent, which is sure to please the reader. The colorization and artistic touch was added to Jonathon’s drawings by Darice McGuire, a local Maui artist, and friend of the Smith’s. We hope you enjoy the concerted effort of our team.

A Lesson For Jiggs: For the Young and Old and Jiggs, The Beginning: A Story for Children and Cat Lovers are now available for purchase from BookLocker, Barnes and Noble, and Amazon. Use links below to purchase both books!

A Lesson For Jiggs

If you wish an original signed copy of one or both of the “Jiggs” books please order here. Available only at this location.

Send your check or money order to Murray Smith, PO Box 11255, Lahaina, HI 96761. The cost is $24.95 plus $6.00 S&H. State the book you wish and include your name and return address. Limit 1 of each book per customer. Your book will be mailed within 5 working days. The books are individually signed by, Darice Machel McGuire, artist; Jonathon Wilson, illustrator; and myself. They will be keepsakes for your children.

Please feel free to contact me.
I look forward to hearing from you!